In R’lyeh, where dead Cthulhu dreams 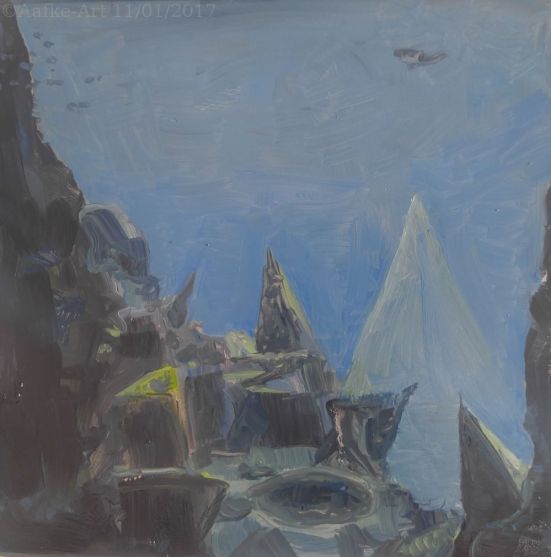 Have you read H P Lovecraft? I like his stories. Many are about ”the old ones”, creatures from other worlds, from the stars, the Yog-Shoggoths and Cthulhu. He’s always very coy about describing the creepy. It’s always ”the un-namable” ”the un-describable horror” and I think a horror story is always the better for a bit of reticence.
He also likes the word ”eldritch” a lot.

The ancient city of R’lyeh lies somewhere under the sea near Antarctica. It is constructed of strangely worked stones build in ”strange angles”. And somewhere below that city dead Cthulhu sleeps, and when he wakes up we are all pretty much doomed.
The first time the city of R’lyeh was mentioned was in ”The Call of Cthulhu”.

Use the QR code to subscribe to my fun newsletter